I was away at the weekend at Kirriemuir in Angus for a Retreat from Moscow Napoleonic event..The weather was very appropriate as Kirriemuir was covered in frost for the game.. Over the two days 12 gamers attended from the LOGW.  All the scenarios were developed by young Charlie Grant.  The figures were supplied by various members of the group and Steve Rimmer, Dale Smith and Peter Nicholson supplied the vast bulk of the terrain.  The white sheets were newly ironed by Charlie.

On the first day there was a choice of 6 tables with differing scenarios.   Each of the players played 3 games on a different table.  I managed to lose all of my games as my cautious Russian approach did not work. On the Sunday we played a single huge game – set in an impressive 30 foot long white wilderness.  There were 6 Russian forces and 6 French.  The objective of the game was for the French to get the Emperor Napoleon’s sledge across the table to a pontoon bridge the French were building across the wide Kalishnikov River.  The Russians objective was simple they had to capture the Emperor.  In the last turn my Lithuanian Lancers made a gallant attempt to seize the Emperor as he neared the almost complete bridge but they were driven back by Marbot’s skirmishing sledge force.


It was an enjoyable weekend and the rules adapted from the simple ACW rules developed by Kevin Calder worked well and were easily picked up by all the players.   My thanks to Charlie who acted as the hard working rules umpire.

Here are some photos from the Targe show at Kirriemuir last Saturday. I had a busy time judging the displays and the painting competitions. Overall a good show and enjoyable.

28MM THE MEN WHO WOULD BE KINGS

Played my first game of The Men Who Would Be Kings with Angus Konstam at the SESWC on Thursday.

I commanded a British punitive expedition which had to destroy an Afghan village.  My force consisted of 2 Sikh sections, a Gurkha section and a Screw gun.  Dicing for the leader attributes gave me a Hero of the Empire commanding the screw gun.  Angus diced and got truly abysmal leaders for two of his irregular infantry units.

I won by bombarding the village and destroying 3 of the houses.  Neither side lost a unit possibly because we misread the rally rules.  Overall an enjoyable game - leader quality and attributes are the key to victory under these rules.


Angus Konstam has his longer account on his blog at
http://www.edinburghwargames.com/shirani-tochi-valley-1897/

Email ThisBlogThis!Share to TwitterShare to FacebookShare to Pinterest
Labels: Colonial, The Men who would be Kings

Last weekend it was Shedfest 2016 in Livingston.  We moved from our usual Shedfest venue in Dave Paterson’s shed to Rob Pooley’s new shed which can accommodate a 12ft by 6ft table.  Dave did all the arranging as usual providing breakfast, lunch and pizza for dinner.  He also provided all the 15mm troops for our early period Sudan wargame and the scenario.  I think he was still basing the figures up to the previous evening.


There were 8 players with Dave acting as the umpire.  I played the commander of one of the British infantry brigades.  We played the game twice with the British gaining a marginal then a more decisive victory.  We used Black Powder rules at 66% scale.  It gave a good, enjoyable and simply understood game.  Here are some photos - a few problems with the low October sun here.

In the past 3 months I have added more troops to my Napoleonic collection.  I have added another 2 brigades each of 4 battalions of Russian infantry plus some Spanish/Portuguese staff officers and a Prussian fusilier command.

The Russian figures are the ready painted ones from South Africa and I added some more shading and rebased them.  The Russian flags come from the excellent Napoleon rules Russian flag download.  The Spanish staff and Prussians were painted for me by Kevin Bowman of the Falkirk and District club.

I was at the SESWC last Thursday for a FIW game using Muskets and Tomahawks.  The game was the siege of Fort William as I provided the fort.  Angus Konstam and Jack Glanville provided all the figures.  On the British side Michael was defending the fort whilst I commanded the relief column of British regulars, provincials and rangers.  Derek commanded the French troops besieging the fort whilst Jack commanded an Indian force facing the relief column and also engaging the fort.  Angus acted as the umpire.

My relief column got no more than 15" onto the table in fact the elite grenadiers and provincials both retired almost of the table.  The French and their Indian allies had just broken into the fort when night fell (special event).  The darkness forced my relief column to fall back into a defensive position.  It was a clear French victory.

As I forgot my camera the photos come from Campbell Hardie's phone.

I was at Falkirk and District Wargames Club for a game this week.  Dave Paterson has been busy rebasing a huge collection of 15mm Colonial figures that he bought.  He is about half way thru the project so we decided to give the Madhists an outing against an Anglo-Egyptian force.


We used Black Powder with the amended turn sequence.  It was a very enjoyable game.  Two of my three Madhist commands failed to move on the first 2 turns.  My left wing force however advanced quickly and engaged the Egyptian brigade who though in a very bad position broke the Madhist command!  My right wing command managed finally to move and engaged the combined British Naval and Rifle brigade and wiped them all out.  Even with their Stoic rerolls.  At that point we declared the game a draw.

Once again the show will soon be here at the Granton Campus of Edinburgh College. 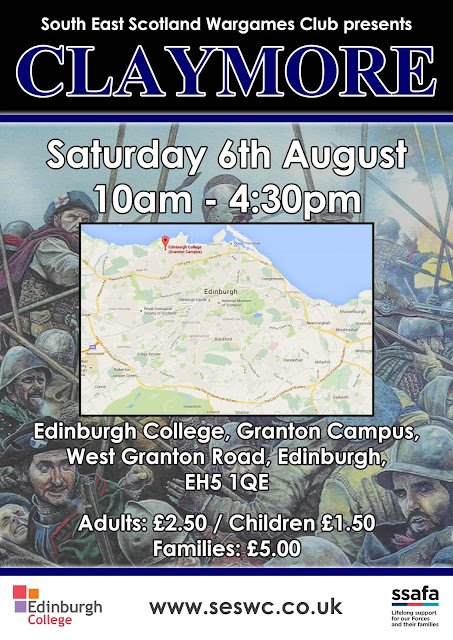 I forgot to take any photos at the show but here is a link to Angus Konstam's blog report
http://www.edinburghwargames.com/claymore-2016/
Posted by Bill5549 at 10:10 AM 3 comments:

Here are some more photos from my visit to the now closed Firepower Royal Artillery Museum Woolwich.  They are photos of the main artillery hall and it's first floor area. 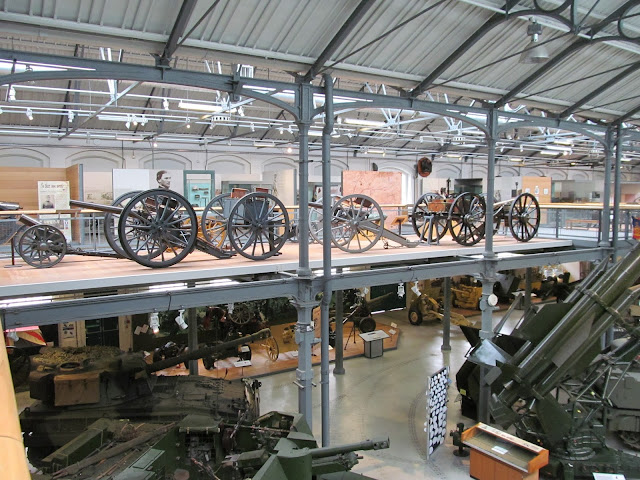 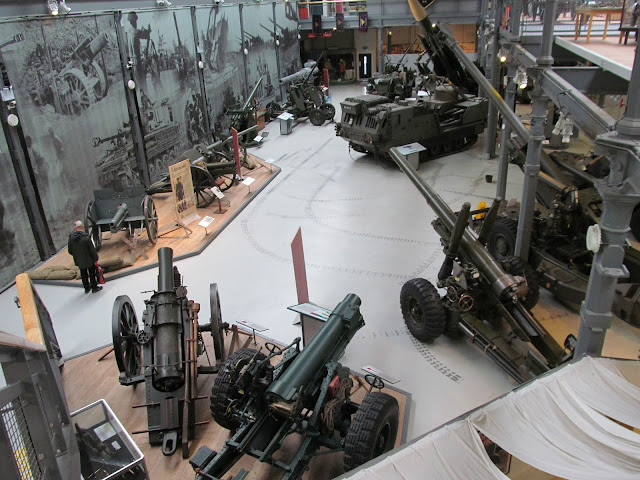 As I said in my first RAF Hendon post I also got to the Royal Artillery Firepower Museum at the old Woolwich Arsenal when I was in London. Glad I got there as it closed on 8th July and at some future point will reappear in Wiltshire. So some photos from that visit below.  More to follow...

Here are some more photos from my visit to the RAF Museum at Hendon.